Jeff Bezos Shares His Best Advice for Anyone Starting a Business

Jeff Bezos has a message for budding entrepreneurs: be ready to take big risks and fail. Bezos delivered that message at Amazon’s re:Mars conference on Thursday in Las Vegas, after he was asked what advice he would give to anyone looking to start their own business. “Take risk. You have to be willing to take [...]

June 8, 2019 Loknath Das Business Comments Off on Jeff Bezos Shares His Best Advice for Anyone Starting a Business

The Nine Things No One Tells You About Starting A Business

If you dream of starting your own business, there are plenty of resources. Coaches, books and websites detail specific steps you should take or rules you should follow. But to be successful, you have to break the rules. You must be unapologetic about who you are and dare to be different. Here’s my advice for [...]

February 6, 2019 Loknath Das Business Comments Off on The Nine Things No One Tells You About Starting A Business

The last five years saw an unprecedented entrepreneurial boom in India with small to mid-scale start-ups proliferating at a dime a dozen rate. However, a new study reveals that not all men and women have benefited equally from this growth spurt which has remained largely male dominated. In a study called ‘Britannia Marie Gold Indian [...]

January 20, 2019 Loknath Das Business Comments Off on It’s Not Marriage, But Money That Keeps Most Urban Housewives Away From Starting Own Business: Study

Himalayan salt water, also popularly known as sole water, is basically water that has been fully saturated with salt. The crucial thing to understand here is that sole water is made only with Himalayan salt which is prized for its healing qualities. Himalayan salt is considered to be the purest form of salt in earth. Hand-cut slabs [...]

Netflix has added support for HDR (high-dynamic range) video to its Android app, which means you can experience richer colours and better contrast on the go. There’s a caveat, though – it’s only available on the LG G6. CEO Reed Hastings had talked about Netflix’s plans to bring HDR support to smartphones at MWC 2017 [...]

May 11, 2017 Loknath Das Technology Comments Off on Netflix Adds HDR Video Support to Android, Starting With the LG G6 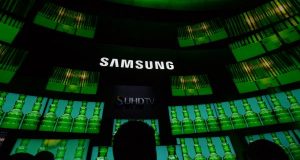 Owners of Samsung Galaxy Note7 smartphones covered by a new U.S. recall can get a replacement device beginning next week, the electronics giant said Thursday. The U.S. Consumer Product Safety Commission issued the voluntary recallThursday, which covers about 1 million devices. The recall is due to a battery defect that can result in a fire, [...]

Apple Inc (AAPL.O) on Monday unveiled a smaller, cheaper iPhone aimed at new buyers, especially in emerging markets and possibly China, the world’s biggest buyer of smartphones, as the technology company looks to reverse a decline in worldwide sales of its most important product. The new device, called the iPhone SE, has a 4-inch (10-cm) [...]