Exposing the poor state of affairs in the J&K’s school education sector, the ministry of human resource development (MHRD) has painted a grim picture in terms of retention rate of students as well as availability of teachers. The ministry has prepared a 290-page document after holding project approval board (PAB) meeting to review and approve [...] 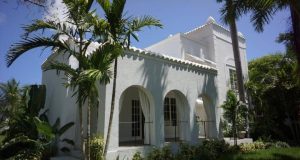 The Miami Beach villa where legendary gangster Al Capone lived well and died was just purchased by famed European soccer agent Mino Raiola, who made a killing on the transfer of French star Paul Pogba to Premier League’s Manchester United. The Dutch super agent made $32 million on Pogba’s record-breaking $143 million transfer from Italian [...]