Nirmala Sitharaman made important announcements about the education and skill development sectors in her budget speech on February 1, 2020. (Photos: India Today/Vikram Sharma and Lok Sabha TV) Finance Minister Nirmala Sitharaman announced an allocation of Rs 99,300 crore for the education sector and Rs 3000 crore for skill development in her 2020-2021 Union Budget [...]

Real estate woes may not end with govt bailout plan

The Centre has come up with a ₹25,000 crore bailout package for the troubled real estate sector. The Centre will contribute ₹10,000 crore, while the rest is likely to come from banks and the Life Insurance Corporation of India. Will this fund help India? Mint takes a look. 1) What’s the idea behind the bailout package? The idea is [...]

Vice President Venkaiah Naidu on Sunday said the reforms like GST, the law on black money and insolvency code started by the Modi government are bringing desired results and asserted that India has got a bright future. Naidu further said that as more and more people are coming into the banking fold, the tax rate [...]

The UGC panel was formed to probe the alleged irregularities in 10 central universities. New Delhi/Ahmedabad:A University Grants Commission (UGC) panel has recommended removal of words such as ‘Hindu’ and ‘Muslim’ from the names of Banaras Hindu University and Aligarh Muslim University even as Union human resource development (HRD) minister Prakash Javadekar said the suggestion [...]

Govt plans to reduce number of PSU banks to 10-15

India is looking to reduce the number of state-run banks to 10 to 15, more than what was envisaged earlier, through a series of mergers and acquisitions so that none of the banks become too big to fail, said Sanjeev Sanyal, principal economic adviser at the finance ministry. “Consolidation will not be taken too far [...]

August 21, 2017 Loknath Das Business Comments Off on Govt plans to reduce number of PSU banks to 10-15

Govt to get more space, albeit marginal, to contain fiscal deficit

The government leeway to contain the fiscal deficit at 3.5 per cent of gross domestic product (GDP) might be marginal, though the nominal economic growth is projected to be higher than estimated.   India’s nominal GDP growth, according to the Advance Estimates released on Friday, was projected at 11.9 per cent for 2016-17 against 11 [...]

January 7, 2017 Saheli Business Comments Off on Govt to get more space, albeit marginal, to contain fiscal deficit 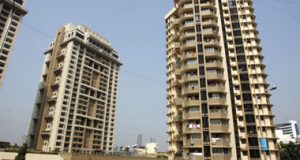 There are several reasons why black money exists within real estate, and some of these are natural consequences of legacy structural issues. The most complex issue is that of tax. Taxation in real estate is considerably regressive. The corrupting areas in real estate – land transactions, for the most part, followed by permissions, followed by [...] 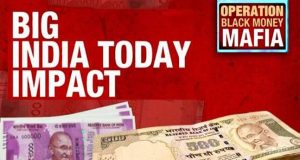 Crooks sabotaging the nation’s war on black money be warned. A series of investigative stories by India Today exposing the black-market trade of defunct currency has stimulated the Modi government to act tough on the rot. According to highly-placed official sources, the government has ordered a clampdown on touts, shadowy spot traders, jewellers, hawala operators, [...] 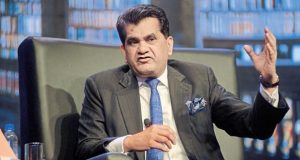 New Delhi: The government plans to rank states on the basis of their performance in education—from the quality of their school infrastructure to learning outcomes. The idea is to instill a spirit of competition among states and get them to improve the quality of education that their students receive, two government officials said. How well [...]

October 18, 2016 Saheli Education Comments Off on Govt plans to rank states on education
12