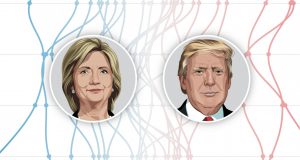 CINCINNATI, Ohio — Top aides for Hillary Clinton on Monday accused FBI Director James Comey of a “double standard” in his handling of the investigation into Clinton’s use of a private email server as secretary of state. Clinton campaign manager Robby Mook called on Comey to explain why he rushed to disclose new information about [...]

Director Chaitanya Tamhane, whose debut feature film Court premiered at the 71st Venice Film Festival and also won the Venice Lion of the Future two years ago, has been named one of the jury members for the 73rd edition of the international event. He will be a part of the Horizons section, which is dedicated [...]