With increasing and fast-paced shifts in customer behaviour patterns and workplace modalities, it is imperative that in the new decade we take necessary steps right away to be future-ready and future-engaged . The traditional approaches to work and workforce changes may not be enough. Here are the five trends that IHCL MD&CEO Puneet Chhatwal told Mint will [...]

The insurance regulator has said genetic disorders, menopause, mental illnesses among several such health issues cannot be excluded from health insurance coverage. As part of an exposure draft on the standardisation of exclusions, Insurance Regulatory and Development Authority of India (IRDAI) said any disease contracted after taking the policy also have to be mandatorily covered. [...]

The Supreme Court has said that the standard of entrance examination for premier medical college AIIMS cannot be diluted and has refused to do away with the online MBBS under-graduate entrance test for this year. Some candidates have challenged the AIIMS online entrance test for MBBS courses to be held in May 26 and 27 [...] 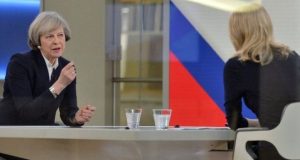 The UK cannot expect to hold on to “bits” of its membership after leaving the EU, Theresa May has said. The prime minister’s comments come as the government prepares to begin talks on Brexit, including whether the UK stays in the European single market. She told Sky News her approach was not “muddled”, following criticism [...]

7 reasons why your business cannot do without an IVR

These days, most businesses use a professional IVR voice  to connect with their callers. An IVR system increases customer satisfaction as it is available 24×7 and helps with immediate connectivity for urgent requirements. It also introduces them to the company and gives them a more personalised experience. There are so many articles that talk about [...]

September 5, 2016 Saheli Business Comments Off on 7 reasons why your business cannot do without an IVR

Defamation cannot be used as a ‘political weapon’, criticism must be tolerated, says Supreme Court

The Supreme Court on Wednesday observed that defamation cannot be used as a political tool to silence criticism. The top court was hearing a petition challenging a non-bailable warrant issued against actor-turned-politician Vijayakanth and his wife Premalatha by a Tirupur court for allegedly libelous statements he made against Tamil Nadu Chief Minister J Jayalalithaa ahead [...]

July 29, 2016 Saheli News Comments Off on Defamation cannot be used as a ‘political weapon’, criticism must be tolerated, says Supreme Court

Posted On January 13, 2020 | Comments Off on Life insurers may log strong new business

January 12, 2020 | Comments Off on Under the influence: When social-media stars promote real-estate

January 11, 2020 | Comments Off on ‘In the new decade, hospitality business cannot ignore digitization’

5 Essentials to Bring on Your Next Beach Getaway

January 8, 2020 | Comments Off on 5 Essentials to Bring on Your Next Beach Getaway

January 5, 2020 | Comments Off on ‘Can’t nail director not part of daily business for delay to pay TDS’