Smartphones, Tablets May Cause Speech Development Delays in Kids

Loknath Das May 5, 2017 Technology Comments Off on Smartphones, Tablets May Cause Speech Development Delays in Kids 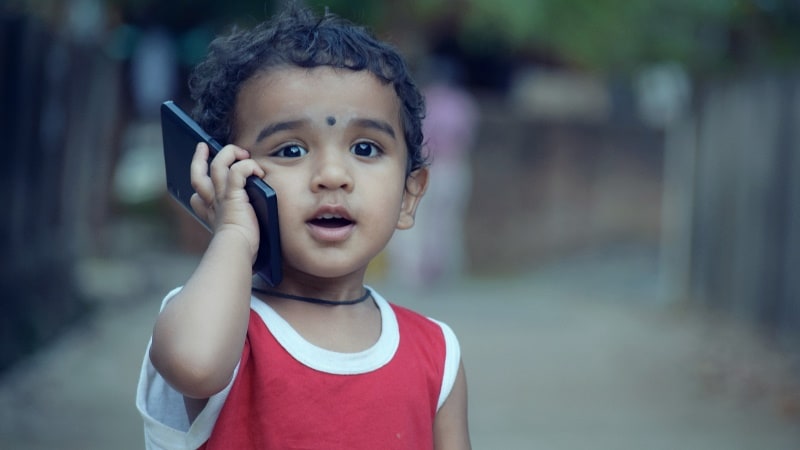 Parents, take note! Spending too much time on smartphones, tablets and other devices may delay speech development in toddlers, a new study warns. The study included 894 children between ages six months and two years participating in a practice-based research network in Toronto between 2011 and 2015.

By their 18-month check-ups, 20 percent of the children had daily average handheld device use of 28 minutes, according to their parents. Based on a screening tool for language delay, researchers found that the more handheld screen time a child’s parent reported, the more likely the child was to have delays in expressive speech.

For each 30-minute increase in handheld screen time, researchers found a 49 percent increased risk of expressive speech delay. There was no apparent link between handheld device screen time and other communications delays, such as social interactions, body language or gestures.

“Handheld devices are everywhere these days,” said Catherine Birken, scientist at The Hospital for Sick Children (SickKids) in the Canada. “While new pediatric guidelines suggest limiting screen time for babies and toddlers, we believe that the use of smartphones and tablets with young children has become quite common,” said Birken.
“This is the first study to report an association between handheld screen time and increased risk of expressive language delay,” she said.

The results support a recent policy recommendation by the American Academy of Pediatrics to discourage any type of screen media in children younger than 18 months.

More research is needed to understand the type and contents of screen activities infants are engaging in to further explore mechanisms behind the apparent link between handheld screen time and speech delay, such as time spent together with parents on handheld devices, and to understand the impact on in-depth and longer-term communication outcomes in early childhood, said Birken.