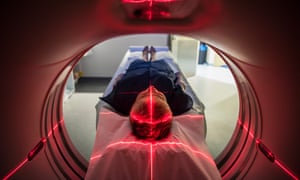 Australia’s health system is unfair and muddled and the prescription for its repair depends on the federal government’s approach to private health insurance.

An “unhappy mix” of partially public and partially privatised healthcare in Australia had led to a system “riddled with inconsistencies and perverse incentives”, the paper released on Tuesday said.

Duckett said data showed all age groups over 65 were increasing their insurance while the remaining Australians were reducing their coverage.

Among young people, about 3%-5% were dropping out each year, he said.

“Which means the risk pool, the money that everybody pools, is getting worse in the sense that younger people are paying more now and getting less,” he told the ABC.

A new framework was needed but the government must decide whether the purpose of the private system was to complement or substitute for the public one, before considering if further subsidies were the best solution to save the health insurance industry.

Taxpayer subsidies total around $9bn a year, including $6bn for the private health insurance rebate and $3bn for inpatient private medical services.

If private health was meant to be complementary – offering “add-ons” or services not available under universal public health – then the argument for increasing public subsidies was weak.

For consumers, a big problem was bill shock, Duckett said.

“They end up with a huge doctor’s bill that they weren’t anticipating that the health insurance funds are not able to cover because they don’t have contracts with them,” he said.

“And so they say, ‘Well, I have been paying health insurance all my life and I’m now out of pocket thousands of dollars.’ And this doesn’t go well.”

Dr Rachel David, the chief executive of Private Healthcare Australia, attacked the Grattan report as “light on solutions” and said it “repeats age old questions about how to fund Australia’s health care system”.

Private Healthcare Australia called for a reduction in red tape and for the government to lower prices for certain medical devices paid for by insurers.

“Without further reforms to address rising healthcare costs, people will be forced into the public system. This will result in longer hospital waiting times, and a shortage of beds for the people who need them most,” David said.

But Dr Henry Cutler, the director of Macquarie University Centre for the Health Economy, said there was no empirical evidence that “increased membership leads to lower public hospital waiting times”.

“In fact, research suggests increased membership from the late 1990s reforms did nothing for waiting times,” he said.

“Others have found the reverse relationship exists in Australia. That is, increased membership is associated with increased waiting times. Similar findings have been found in other countries.”

More than half of all Australians have private health insurance that covers services not taken in by Medicare, including dental, optical and allied health services such as physiotherapy.

“If government is not prepared to provide those additional services universally, it is illogical to subsidise for a subset of the population through [insurance], especially when that subset is not the most disadvantaged in the community,” the Grattan paper argued.

But if private insurance was to be a substitute for the public system, offering faster care to those who can afford it, then the argument for increasing subsidies was strong – as long as the private system can show it’s cost-effective.

However, Duckett and Nemet said it was hard to compare the efficiency of the two sectors given previous studies have contesting findings.

But they concluded that, overall, it was unlikely taxpayer subsidies of private health insurance reduced the total spending on health.

“Ultimately, the final judgment about the value of subsidies for PHI will involve balancing the net benefit relative to the net costs, both to government and society, taking into account who pays, the role of government, and the value placed on the complementary role of private care,” the analysts said.

The Consumers Health Forum wants a Productivity Commission inquiry into the role of private health insurance in the Australian health system.

“There are suggestions that private cover facilitates ‘queue jumping’, providing access to care in public hospitals based on insurance status rather than patient need,” CEO Leanne Wells said.

“Australians must ask whether we want to live with such a broken system.”