Homeownership is considered a core part of achieving the American Dream. However, that achievement is slipping out of reach of many Americans these days. U.S. homeownership has been at record lows throughout this decade. More Americans are renting as a response while managing with stagnant wage growth. The path to homeownership in today’s America has never looked this dismal. Cyril Berdugo, 29, and Tom Petit, 31, have built Landis to create a new road for Americans to own a home. Landis is a social impact-driven real estate technology company aimed at providing a path for prospective homeowners to purchase their own and obtain a slice of the American Dream. The New York City-based startup has recently raised $15M to fund its property acquisition strategy. 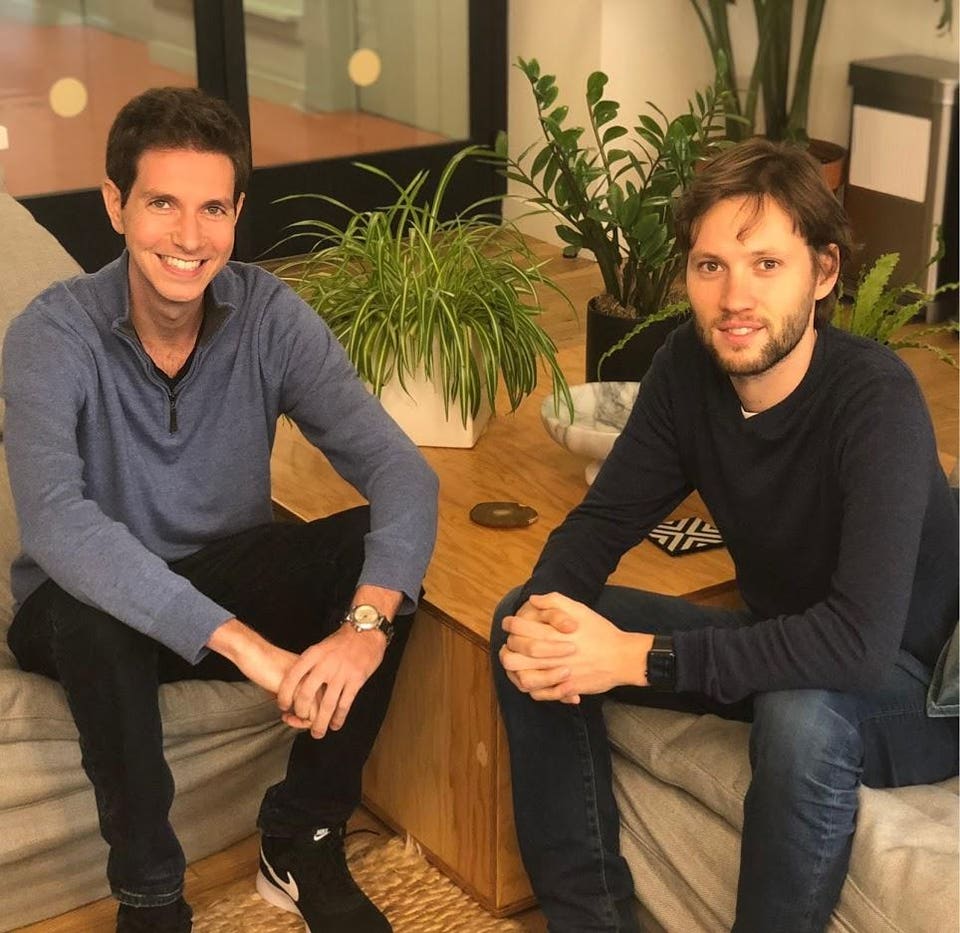 “Homeownership rates have decreased by 5% over the last 15 years. That’s 16 million more Americans who are paying rent rather than a mortgage,” explains co-founder Tom Petit, cofounder of Landis. “In the cities we operate in, mortgages are often half the price of rent. So instead of paying a $700 mortgage towards owning their home, renters are paying $1,400 to their landlord. Landis is all about changing that and allowing people to build their future.”

The traditional process of becoming a homeowner in the United States is a complicated and involved process. There are three to four main parties involved in homeownership: the lender, the real estate agent, the homebuilder (if it’s a brand new home), and the prospective homeowner themselves. The lender makes a determination of whether to lend to the mortgage recipient by assessing their financial worthiness in the underwriting process. Individuals who are not quite ready yet but show potential in being reliable, are stuck renting. With the homeownership rate at decade-long lows, there are many individuals who want to take the next step in achieving their American Dream.

Given the roughly 622,000 new homes sold last year at a median price of about $310,400 (assuming the existing-home median price is representative of the average new-home price), the 2018 U.S. home transaction market value is roughly $195 billion. This market continues to grow as large private-equity firms such as Blackstone drive demand for single-family homes as they purchase them to convert into rental units. These long-term single-family rental companies such as Invitation Homes (a Blackstone subsidiary) have been hit with a class-action lawsuit over excessive late fees. However, despite the troubles with renting, it is seen as an unavoidable step towards the goal of homeownership, which is an innate part of the American Dream. Americans would rather own than rent during their working years.

“There are a few other companies out there that are trying to do what we do. They’re all longer-term programs, which means they make money from generating rent instead of helping their tenants turn into homeowners as quickly as possible. We believe this has misaligned incentives. Everyone knows owning is cheaper than renting. We’re the company that makes sure our clients own their home,” says Berdugo.

Enter Landis. Those rejected homeowners who show immediate promise in becoming homeowners based on their current finances are eligible to work with the company to put them on the path to homeownership. Customers who were previously deemed ineligible for a mortgage are referred to Landis from lenders, real estate agents, and homebuilders. Landis reviews these potential homeowners’ full financial, credit and work history and determines which ones are at most a year away from owning a home by rating their mortgage-readiness on a scale of 0-100. Those who pass Landis’s screening then work with an agent to select a home that’s within the budget Landis sets. Landis then purchases the home in an all-cash deal within three weeks, and rents the property out to the customer. The customer then pays rent, a portion of which contributes to the down payment to eventually buy the home. Landis helps the customer keep track of their progress with a customized dashboard showing their financial state and next steps to becoming a homeowner. Once a year has passed, if the renter has progressed properly, they are then able to purchase the house (and pay the associated closing costs of the sale) from Landis using the down payment fund they have accumulated over the year that came from paying rent every month.

Landis’s product relies on advanced technology in three key areas: sourcing, screening, and tailored pathways to homeownership. Sourcing customers is made easier by the incentive alignment between Landis and real estate agents, lenders, and customers. Landis’s proprietary customer relationship management system allows partners to offer Landis to their customers and to source new customers. Together, the company and its partners can then track and help customers through their homeownership journey.

Landis’s screening relies on their advanced data science methods to aggregate and analyze various sets of data that provide a more dynamic picture of a prospective homeowner than the static underwriting models that traditional lenders such as banks use. These conventional underwriting methods rely on FICO 2, 4, and 5 scores, which are older credit-reporting standard, mandated by government regulations through Fannie Mae and Freddie Mac.  Because Landis gives its customers up to a year to get ready for a mortgage, it can leverage a more holistic view of its customers, using full credit reports, bank statements and financial data to understand how their creditworthiness is likely to evolve.

Landis’s unique sourcing and screening technologies help support its core offering to its customers: a tailored pathway to homeownership. Landis’s extensive data on its customers’ financial profiles allows the company to build accurate models on how to maximize these customers’ chances of obtaining a mortgage. Landis then presents that information in ‘My Landis’, its Homeownership Dashboard, with personalized advice and nudges. For some customers, this might mean saving more money for a downpayment; for others, the platform will encourage them to open a new credit card or pay down debt on existing ones. The result is a clear and realistic step-by-step pathway to a mortgage.

“Traditional mortgage underwriting is stuck in the 1990s,” explains cofounder Tom Petit. “You either get rejected your or accepted. We take into account thousands of additional data points and our product is able to tell you exactly what you need to do to get yourself in shape for a mortgage.” 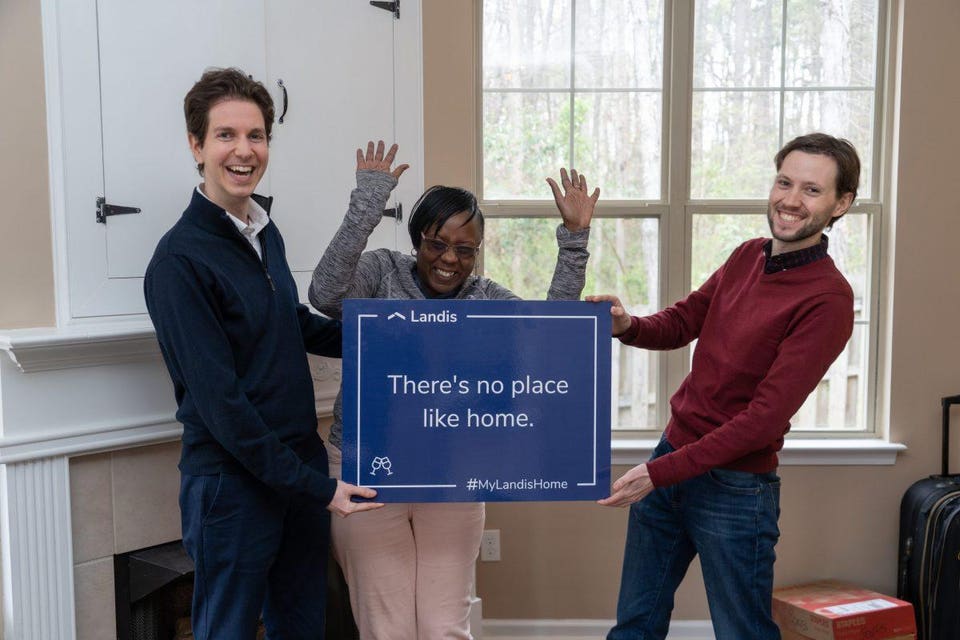 Berdugo and Petit have extensive experience in real estate and data science, respectively, and together, have the experience needed to build Landis. Berdugo, a Forbes 30 Under 30 alum, studied Finance and Real Estate at Emory University, and obtained his Master’s in Business Administration (MBA) from Stanford University. He has over ten years of real estate experience as an early employee at venture capital firm Fifth Wall Ventures and running Acquisitions while also starting his own fund at private equity group Crown Acquisitions. Petit holds a Bachelor’s and Master’s in Mathematics from the University of Cambridge, and an MBA from Stanford University, where he met Berdugo. He has ten years of experience combined in consulting at Cairneagle, investment banking at UBS, and data science at HelloFresh and Airbnb.

“We want to be positioned as the number one company in the homeownership space,” says Petit. “This means we need to build the best technology with the best team in the world. Our product is already strong, but the opportunity in this space is endless.”

The combination of Berdugo’s and Petit’s passions and talents has manifested themselves in Landis, the company that’s putting America back on the path of homeownership.