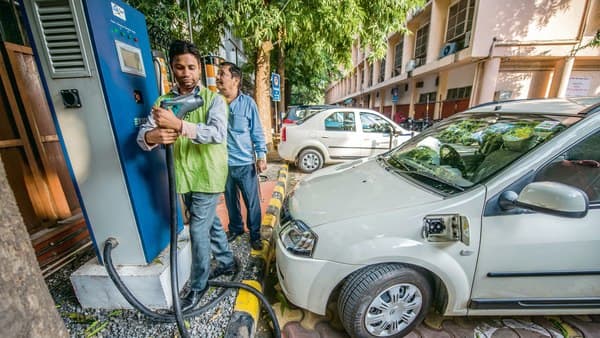 This comes in the backdrop of Chinese state-owned firms securing lithium mine concessions in countries such as Bolivia, Argentina and Chile, which forms the so-called lithium triangle. The idea is to not allow India to fall in a vulnerable position with a likely threat of supply squeeze as has happened in the case of crude oil, with India being the world’s third largest oil importer.

Almost all electric vehicles in the country run on imported batteries, mostly from China. At present a lithium-ion battery accounts for 40% of the total cost of an electric vehicle. Lithium also has other uses such as in mobile phone batteries and solar panels.

“Why should we substitute one energy import source with another and become hostage to external conditions. That’s the reason why this approach is being explored. Once enough investments happen in a particular technology, we won’t be able to do much,” said a senior Indian government official associated with India’s electric vehicle push.

Mint reported on 25 July about how the EV programme aims to be technology-agnostic, meaning it will be left to the market to determine which technology is best suited for the country, depending on demand and price.

As the country prepares to switch to electric vehicles to curb pollution and cut its dependence on foreign oil, Indian policy planners are conscious of their over dependence on energy imports specifically from West Asia. This has put India in a vulnerable spot amid an escalation of tensions in the Persian Gulf region and the Organization of the Petroleum Exporting Countries-plus arrangement agreeing to extend production cuts for crude oil. India is particularly vulnerable as it imports more than 80% of its oil requirements and around 18% of its natural gas.

“The technology is evolving every day. Some of the advanced chemistry cells that offer an alternative to lithium storage batteries are metal hydride, zinc air, sodium air and nickel zinc among others,” added the government official.

Given the changing global energy landscape, India has set up a National Mission on Transformative Mobility and Battery Storage. An inter-ministerial steering committee has also been set up which is chaired by NITI Aayog CEO Amitabh Kant. The committee comprises secretaries from the ministries of road transport and highways, power, new and renewable energy, and the departments of science and technology, heavy industries, industrial policy and promotion and has held numerous meetings to expedite the plan. It also has director general of Bureau of Indian Standards (BIS) as a member, with some meetings also been attended by the secretaries of the ministries of mines, electronics and information technology and environment, forest and climate change.

“The idea is that all parts of the government are in sync with this strategic vision which will decide our future energy landscape,” added the government official quoted above.

According to a September 2018 NITI Aayog report; “India would need to watch out for new approaches and technologies and promote long-term R&D in all aspects of EV technologies. These include hydrogen fuel-cells, new battery-chemistries (with higher specific energy and energy densities), battery materials and chemicals, distributed motors, batteries withstanding higher temperatures, motors without permanent magnets, heavy trucks, and two-way power transfer between grid and EV chargers.”

This strategic push comes in the backdrop of India putting the final shape on a plan to build at least four Tesla-style giga factories to manufacture batteries with an investment of around $4 billion. The plan to set up these factories of 10 gigawatt hours each to accomplish what Tesla has done at its Gigafactory in Nevada, US, also involves a nearly $1 billion concessional loan facility to be drawn from multilateral lenders such as the World Bank, Asian Development Bank, European Investment Bank, New Development Bank and the Asian Infrastructure Investment Bank.

“In addition to currently available Lithium-ion chemistries, future developments in battery chemistry may yield a new generation of batteries which will include ‘solid state’ batteries that promise a storage capacity of about 1000 Wh/kg and 80 percent charge in about 10 minutes. These batteries, however, are still at laboratory scale and would take time to be commercially available,” the NITI Aayog report said.