Head tells Hart his time with City is up

Saheli August 17, 2016 Home Deco Comments Off on Head tells Hart his time with City is up 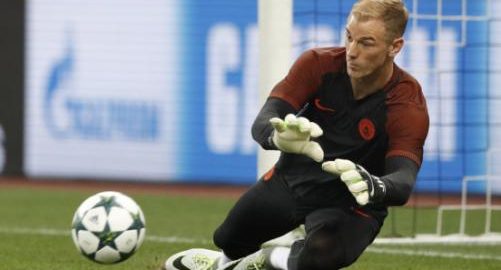 London – Wandering around the splendid Marriott Grand in Bucharest these past three days, Joe Hart has had plenty of time to contemplate his future.

Clearly no longer No 1 at Manchester City, Hart’s demotion under new coach Pep Guardiola has been as surprising as it is sudden. Concerns among the new regime over the England goalkeeper’s ball skills were no secret, but no one expected his stock to plummet this quickly.

The 29-year-old had started City’s last 24 European ties going back to November 2013, and has saved their bacon on more than a few occasions.

Last night he walked into the Arena Nationala several yards ahead of Guardiola with headphones clamped to his ears and a stony expression on his face. Hart knew he would be on the bench again amid growing speculation that he could join Everton or even Sevilla before the end of the transfer window.

At least he made it out here. Samir Nasri, Wilfried Bony and Eliaquim Mangala are not even in City’s Champions League squad for this play-off round.

Yaya Toure is, but Guardiola decided that a midfielder who earns £250 000-a-week was better off at home training in Manchester than helping his team to reach the group stage.

One thing has been made clear in the short time since the Spaniard took over, a coach synonymous with beautiful football also has a brutal side when it comes to getting what he wants out of his squad.

It was a similar story when Guardiola took over Barcelona’s first-team in 2008. Big names such as Ronaldinho, Deco and Gianluca Zambrotta were quickly shown the door without a backwards glance.

Guardiola started off that season in the Champions League play-off round as well, recording a 4-0 win at home to Wisla Krakow that was just as emphatic as the comfortable victory City enjoyed last night.

The season ended with victory over Manchester United in the Champions League final in Rome, but no one at City will be getting too excited just yet. After the less-than-convincing win over Sunderland on the opening day of the Premier League, it is difficult to judge their early progress under Guardiola.

Former European champions Steaua are no longer a powerhouse, but they are top of the Romanian League and unbeaten in six games going into this tie.

Had Sergio Aguero converted even one of the two penalty chances he squandered in the first half, it could have been even uglier for the hosts.

As it was, the Argentine’s goal before half-time merely killed off the tie instead of pointing City towards double figures.

Guardiola will have been happy with his team’s passing game. They kept the ball well and moved it quickly. Aguero’s three goals were exquisite team efforts.

Raheem Sterling continues to look revitalised, and David Silva is playing with a zest that seemed to desert him for much of last season.

And, yes, Willy Caballero has done nothing to embarrass his manager over the decision to play him instead of Hart.

The Argentine’s distribution may not be faultless, but he has clearly bought into what Guardiola wants from his goalkeepers. Caballero also made a key save from Jugurtha Hamroun on the half hour mark when City were still only one goal ahead.

Hart would have appreciated that save, if nothing else about this trip to Romania.

City are moving on under Guardiola’s ruthless leadership, and very soon it looks like Hart will be too.

Fear not, Modi tells businesspersons: Business offence to be no longer a crime; will amend law