Five Trade-Related Issues That Will Worry Markets This Winter 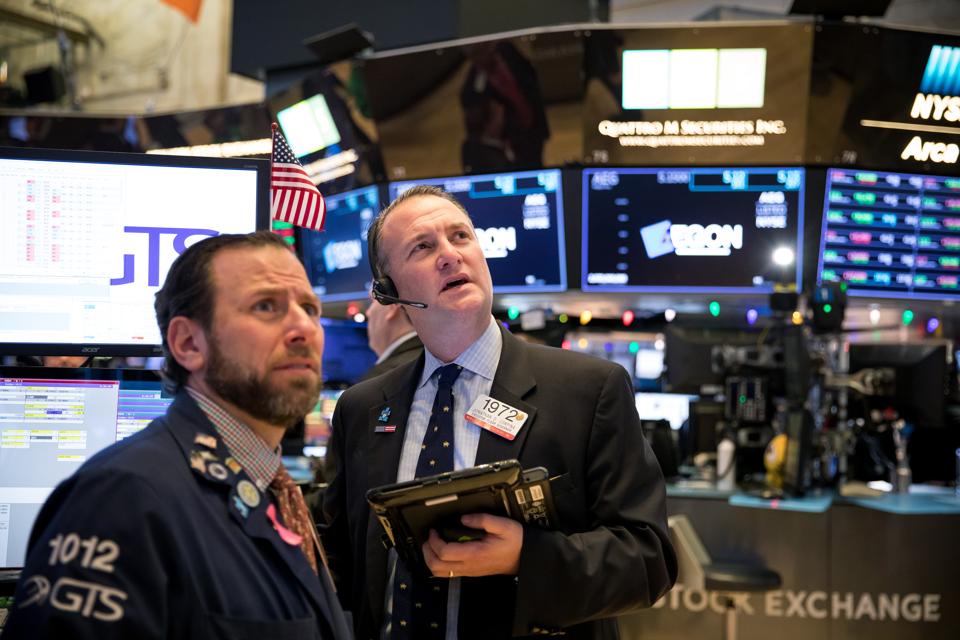 The trade war is a headwind for stocks. With fiscal stimulus expected to wear off this year, companies that are more dependent on China in their supply chain are expected to see tighter profit margins due to tariffs. Photographer: Michael Nagle/Bloomberg© 2018 Bloomberg Finance LP

Welcome to 2019, the second year of the U.S.-China trade war. Judging by the attitude of China market watchers, 2020 will be the third.

For China investors, the trade war has led to significant stock market losses. Late in the third quarter, some investors were building positions in China in hopes of a truce. They got the truce. The market rallied. It lasted less than 24 hours.

China’s A-shares have fallen further since the ceasefire agreement in November. They are already down another 0.82% in the first two trading days of January as of Wednesday’s close. Once again, China’s stock market is weaker than the S&P 500 and the MSCI Emerging Markets Index. Over the last 12 months, the Deutsche X-Trackers China A-shares (ASHR) fund is down 31.2%. Only Turkey and Argentina are worse and both are in a political crisis. Argentina is on IMF life support.

China is trying to stimulate its economy. But years of debt stimulus gives Beijing less room to borrow its way back to boom times. Xi Jinping doesn’t seem to have the appetite for that anyway.

So, with just days into the new year, what has China and the U.S. been doing to eliminate a deeper divide between the two countries? 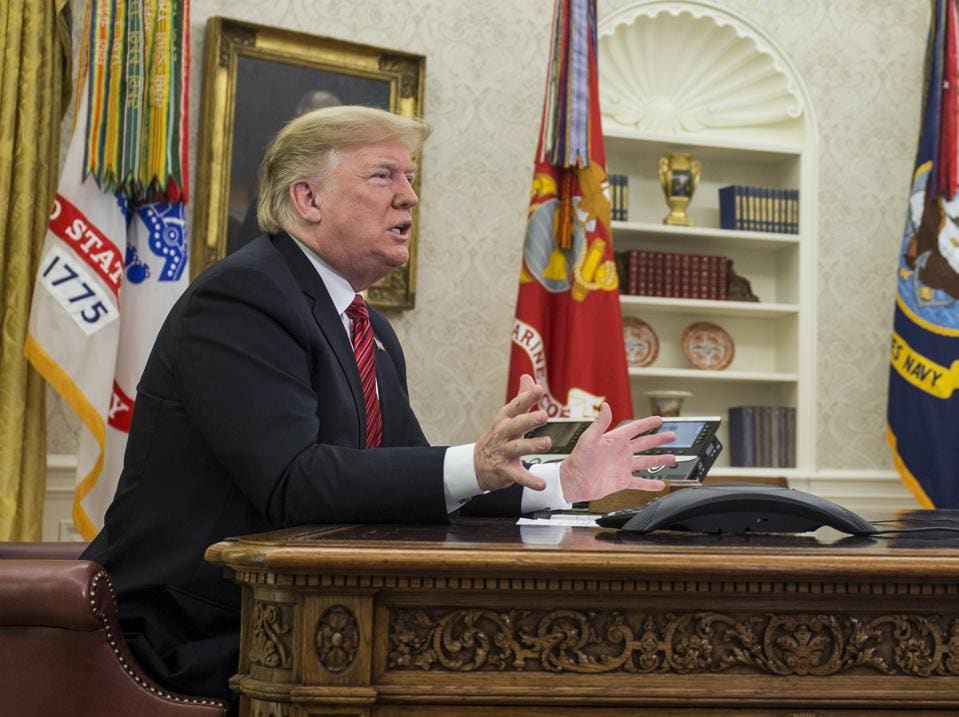 Here are five trade headlines investors might have missed over the holidays. The five items come from a list of 12 trade deal matters reported on by Panjiva, the trade research arm of S&P Global Market Intelligence. Not all of them were centered on China.

1. Talks between the U.S. and China to reach a settlement following the imposition of bilateral duties on $360 billion of trade in the second half of 2018 are set to begin on January 7, Bloomberg reported on December 27.  Trump is bullish on trade talks, judging by comments he made on Twitter over the holidays.

“China needs this trade war to resolve itself sooner than we do,” says John Scannapieco, an advisor to U.S. companies doing business with China for Nashville-based law firm Baker Donelson.  “We will just pay more, but we can afford to pay more, collectively at least. In China, you are seeing workers being sent home a month before Chinese New Year,” he says, having just come back from China two months ago. China’s New Year is in February.  “For this ruling class to stay in power, you have to keep people employed and give the new middle classes access to leisure activities and economic opportunities. When they lose that, you have problems.” 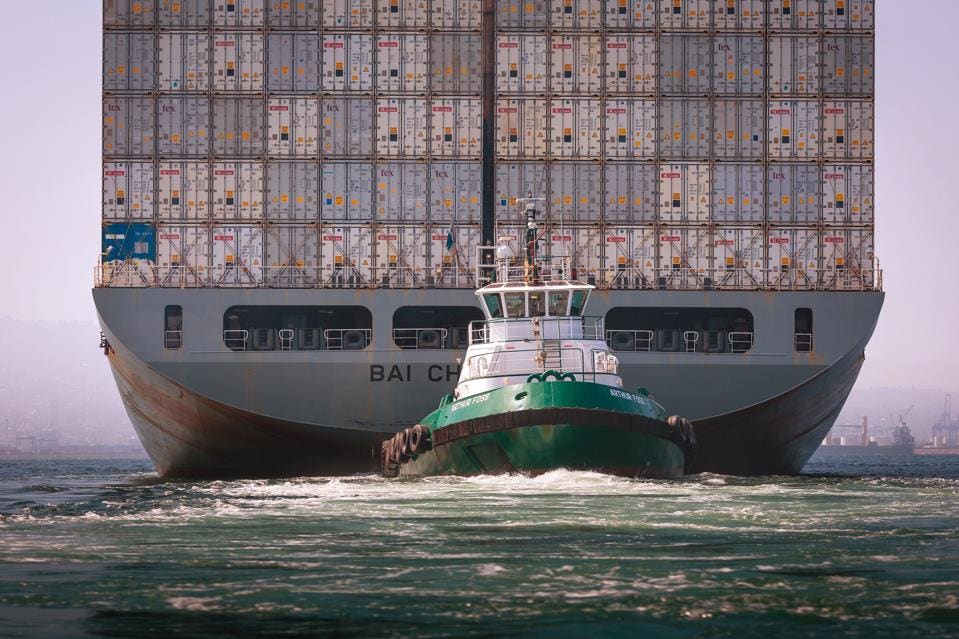 A cargo ship is guided by tugboat into the Port of Long Beach in California. Global shipping is in decline, dragged lower by a decline in U.S. West Coast to China trade traffic. Photographer: Tim Rue/Bloomberg2018 Bloomberg Finance LP

2. Panjiva analysts say there are “clear signs of movement”—at least on the Chinese side—to accommodate U.S. demands regarding intellectual property rights. China’s Central Economic Work Council outlined plans to increase foreign business access to the mainland market as well as establishing new rules for intellectual property. The latter includes moving the ultimate judicial arbiter for cases on IP infringement to the Supreme Court instead of regional courts.  This gives foreign firms more of a fighting chance in legal disputes.

3.  China is not just importing more American soybeans. They now have an agreement on rice, of all things, according to Reuters. U.S. exports of rice fell 23.6% as of October 31, according to Panjiva. Any farm belt victory is good for the Republicans who were clobbered in agribusiness districts during the midterm elections in November.

4. The trade war is really hurting the shipping industry.  The West Coast route for China-to-U.S. shipments fell 10.8% at the end of December, dragging global rates down by 2.6% overall based on analysis from the Shanghai Shipping Exchange. 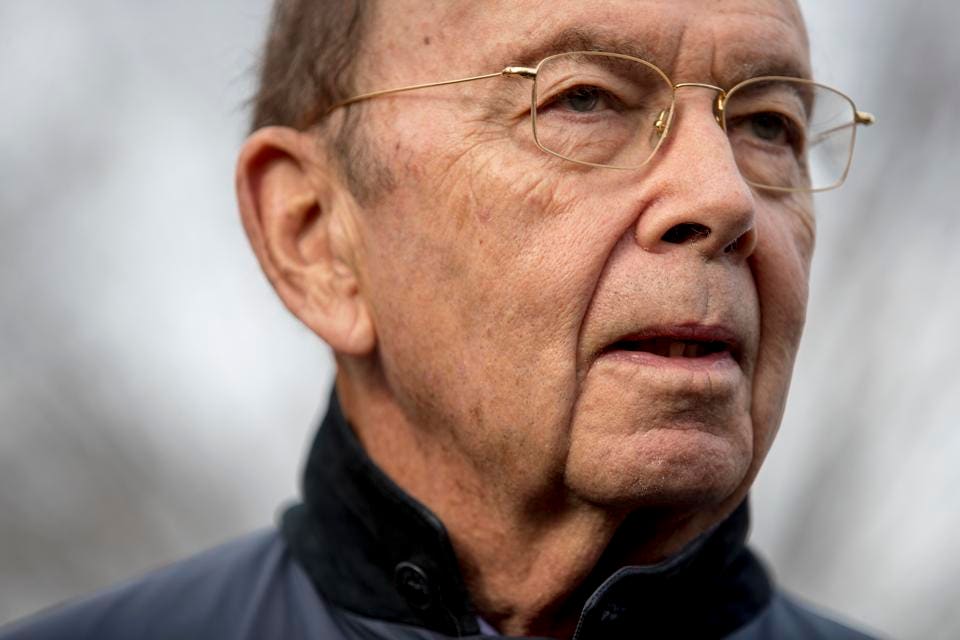 Commerce Secretary Wilbur Ross. His department will release a key study on automotive imports on February 17. It could lead to a new trade spat with Europe and maybe Japan. (AP Photo/Andrew Harnik)ASSOCIATED PRESS

5.  The year begins with the Trump administration keeping its hawkish stance regarding automotive tariffs. Commerce Secretary Wilbur Ross said in a Financial Times article that the administration has “a lot of flexibility” with regard to trade policy on the sector. The Commerce Department will release its sector report on February 17. Uncertainty over the report’s outcome may be driving up imports of automotive parts with imports rising 12.9% in the fou