Donald Trump started to describe his education policy. Then he never finished his sentence.

Saheli August 31, 2016 Education Comments Off on Donald Trump started to describe his education policy. Then he never finished his sentence. 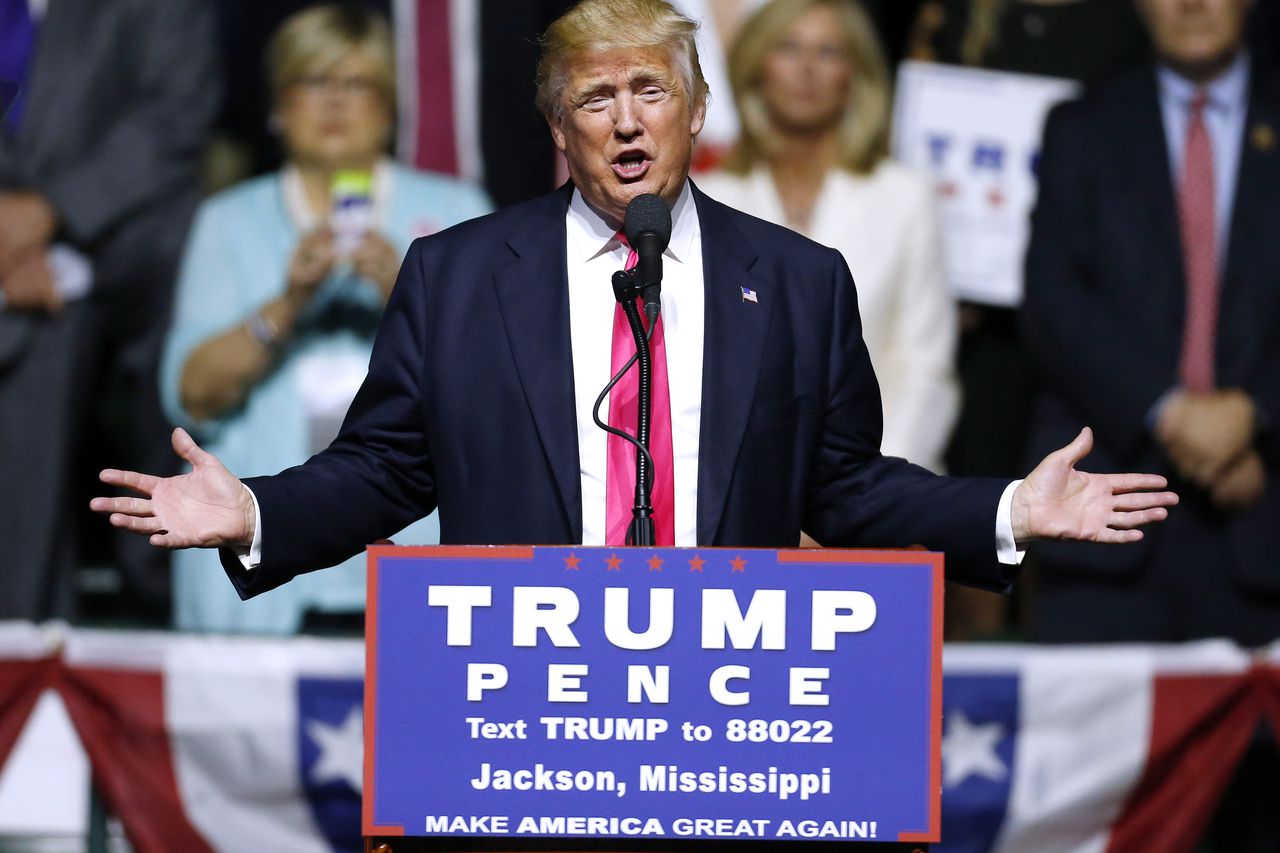 At least, that was the plan before the controversies and confusion of last week’s“immigration week” stuck around to steal education’s spotlight.

But there is some indication that Trump’s going to emphasize education more in the future. He’s chosen a policy adviser on education. “Education, education, education!” he declaimed at a rally in New Hampshire last week, roughly tripling the number of times he usually mentions the topic.

“School choice we want, Common Core we don’t want,” he said in Wilmington, North Carolina, on August 9, a succinct statement of his education position so far. “We’ve got to get rid of Common Core, bring educational…”

Then he was on to the next topic. He never finished the sentence.

That’s pretty typical — and the fact that the majority of the education policy establishment, from both parties, disdains Trump certainly doesn’t help. If Trump wants to expand on his education positions this week, he’ll have a lot to talk about.

Trump really does not like Common Core, the shared expectations for language arts and math that most states have phased in over the past few years.

Or at least he knows that Common Core is something conservatives don’t like. It’s not entirely clear he understands why.

“End Common Core,” he said in his announcement speech last July. “Common Core should — it is a disaster. Bush is totally in favor of Common Core. I don’t see how he can possibly get the nomination. … We have to end — education has to be local.”

By March, he wasn’t much more coherent. Asked at a debate why he opposed Common Core, he responded: “Education through Washington, DC, I don’t want that. I want local education. I want the parents, and I want all of the teachers, and I want everybody to get together around a school and to make education great.”

When moderator Jake Tapper pointed out that Common Core was a state initiative, Trump said, “But it has been taken over by the federal government. It was originally supposed to be that way. And certainly sounds better that way. But it has all been taken over now by the bureaucrats in Washington.”

This is not really true — the federal government encouraged states to adopt Common Core standards and the tests associated with them, but it didn’t “take over” the standards, whatever that means — but Trump has remained constant on his message that Common Core is bad.

Trump is clear that school choice is as good as Common Core is bad.

“On education, it is time to have school choice, merit pay for teachers, and to end the tenure policies that hurt good teachers and reward bad teachers,” he said in Wisconsin on August 17. “We are going to put students and parents first. … I am going to allow charter schools to thrive.”

It’s a theme he first started promoting at the Republican National Convention: “We will rescue kids from failing schools by helping their parents send them to a safe school of their choice,” he said in his acceptance speech.

“School choice” is a pretty broad term. It can refer to letting parents use public money to pay to send their kids to private school (vouchers), or public school choice, which refers mostly to charter schools. Trump has spoken highly of charters, but separately from “school choice,” which makes it seem like he has a voucher program in mind.

Education Week’s Politics K-12 reported that Rob Goad, an aide to US Rep. Luke Messer, a school choice supporter, will be helping Trump with a more complete plan.

The most common proposal for school choice at the federal level would send federal money for schools educating low-income students directly to students and families themselves, who could then spend it anywhere they want, rather than to the schools, as is currently the case. But passing this into law would require a major education overhaul. The Republican-controlled Congress just did that when overhauling No Child Left Behind in December, and another one in the near future isn’t likely.

Otherwise, the federal government could encourage states and localities to adopt choice policies, perhaps through grants. (There is, of course, a tension between the idea of the federal government intervening to encourage states and cities to adopt school vouchers programs and the idea that we need more local control of education, but Trump is not really the kind of policy detail guy who is bothered by this kind of thing.)

3) The Education Department: gone, except for “a little bit of tentacles”

On several occasions, Trump has said the federal Education Department should be either seriously cut back or completely eliminated.

“I may cut Department of Education,” he said in October. “I believe Common Core is a very bad thing.”

Admitting that “a little bit of tentacles” might be necessary is actually kinder than several of his Republican rivals were. Bashing the Education Department is a proud Republican tradition. Still, if Trump were to eliminate it, here’s how he might go about it.

4) We don’t win anymore (on education)

The final point Trump makes on education is that the US isn’t getting a good deal and isn’t winning anymore — that the nation spends too much money on education and doesn’t see results.

This isn’t perfectly accurate, but for Trump, it’s pretty close.

In 2011, the most recent year with data available, Austria, Luxembourg, Norway, and Switzerland spent more money per pupil on education than the United States, but those countries aside, the US spent more than most of the developed world.

And on an international test of math skills, 15-year-olds in the US ranked somewhere between 23rd and 29th. (Though 27th, not 28th, is considered the best estimate, Trump is within the margin of error so he isn’t, technically speaking, wrong.)

These are pretty common talking points among both Republicans and Democrats. The difference is that they’re usually used in service of a larger argument about education and the economy, or to support broader education reforms. Trump, though, is just using education to fuel his argument that America is failing and needs him to make it great again.